Quieter dozers use engineering controls to limit noise exposure. Dozers use powerful diesel engines to move large amounts of earth and these quieter machines are designed to reduce the amount of noise from the engine that reaches the operator. The dozer operator’s noise exposure is further reduced through the use of specially designed cabin enclosures.

Through the use of specially designed cabin enclosures, the noise produced by the dozer engines is mitigated and exposures are reduced. However, sound pressure levels outside the cabin and on the construction site may still result in exposures that are above the OSHA permissible exposure limit, depending on duration of exposure.  Workers should wear hearing protection for more than intermittent visits. 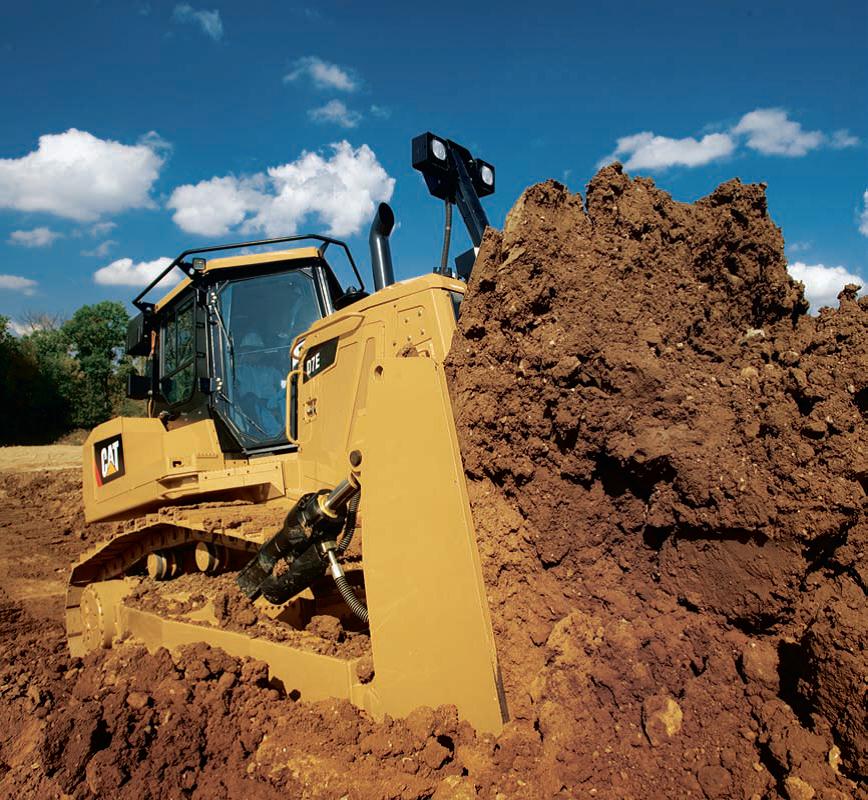 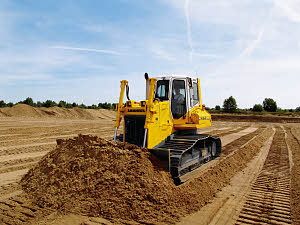 
Noise exposure has also been associated with temporary hearing loss, decreased perception of noisiness and masking, increased stress, fatigue, disturbance of sleep and decreased concentration and mental performance (Osada, 1988).  Noise-induced hearing loss starts in the higher frequencies (3,000 to 6,000 Hz) and slowly develops from chronic exposure to excessive sound. Sound must exert a shearing force on the hair cells lining in order to be perceived, and if the force is too strong, cell damage and cell death can occur (Berger et al., 2003).

The National Institute of Occupational Safety and Health (NIOSH) conducted a survey of potentially hazardous noise sources associated with heavy construction equipment. NIOSH concluded that bulldozer operators had higher continuous noise exposures than other equipment operators. Sound level measurements at the location of the operators of ten different bulldozers indicated a range of exposure from 92-109 dBA . The tests were done over several hours with the dozers performing various activities on the jobsite (Spencer, CDC).

These diesel-powered machines move large amounts of earth and are designed to reduce the amount of noise from the engine that reaches the operator. Other controls designed to limit noise exposure include automatic fan controls and vibration absorption engine and cabin mounts. Through the use of specially designed enclosures for the dozer operator and the engine, sound exposure is reduced.

While there is no published sampling data on these specific controls, evidence indicates exposure to noise can be significantly reduced through the use of noise control techniques. The extent that it reduces noise exposure is expected to be significant. The extent of the reduction is dependent on the type of work being performed, the size of the engine, the amount of noise in the environment, the level of effort required by the machine, and the operator’s proximity to the engine.

Industrial hygienists use sound level meters or noise dosimeters to determine noise levels and recommend the use of quieter techniques to prevent hearing loss and reduce the risk of accidents due to the inability to perceive warning signals. Proper maintenance and retrofitting existing equipment can decrease excess sound as well (Suter, 2002).

Leibherr states that noise levels inside its PR724 dozer are 77 dBA, compared to 105 dBA outside of the cabin.

John Deere claims that its 850K dozer can obtain a noise reduction of 45%.

Lower noise levels are expected to reduce stress and fatigue, and increase the concentration and mental performance of workers. Improved worker health, comfort and concentration may lead to greater productivity. Reduced sound levels can also lower the risk of accidents as communication among workers is easier and more effective.

The use of diesel-powered equipment poses the risk of carbon monoxide exposure, especially in areas where airflow is reduced. Steps to control exposure are important because the gas is invisible, odorless and tasteless. Poisoning by carbon monoxide can occur quickly indoors, but working outdoors does not ensure operators won’t be overcome. Small, inexpensive personal monitors should be worn by the operator to warn of unacceptable exposures. Equipment should not be left idling to cut down on carbon monoxide and to conserve fuel.

As is the case with any construction equipment, users should follow manufacturer scheduled maintenance safety recommendations and comply with any applicable local, state or federal regulations.