Workers that pull wire through conduits may face hazards from electrical shocks, burns and/or electrocution.

An electric shock is the passage of an external electrical current between parts of the body or through the body which can cause injury or death.  Coming in contact with electrical currents may result in shocks and electrical burns, and potentially cause death if a worker is exposed to a lethal amount of electrical energy.

The electrical stimulation from shocks can sometimes cause muscles to contract.  This "freezing" effect makes the person unable to pull free from the circuit which increases the length of exposure to the electricity.  This current can cause skin blisters which in turn can reduce the body's resistance thereby increasing the dose of the current.  The longer the exposure, the greater the risk of serious injury.

Shock-related injuries can lead to three different types of burns:

The term "electrocution" is used for electrical shocks that results in death.  For an electrocution to occur, the human body must become part of an active electrical circuit, having a current capable of over stimulating the nervous system or causing damage to internal organs, usually by internal burns. 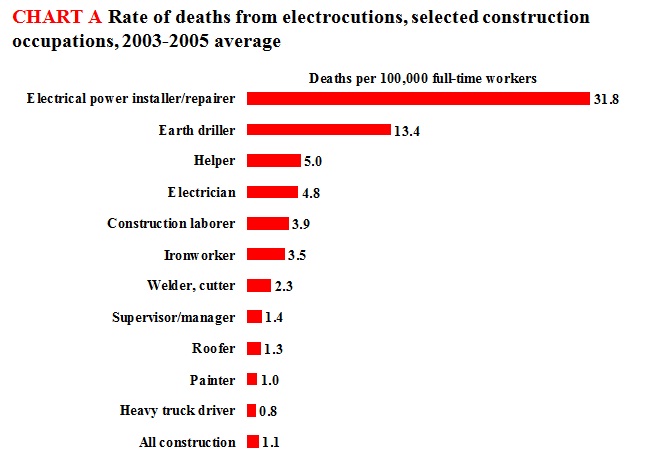 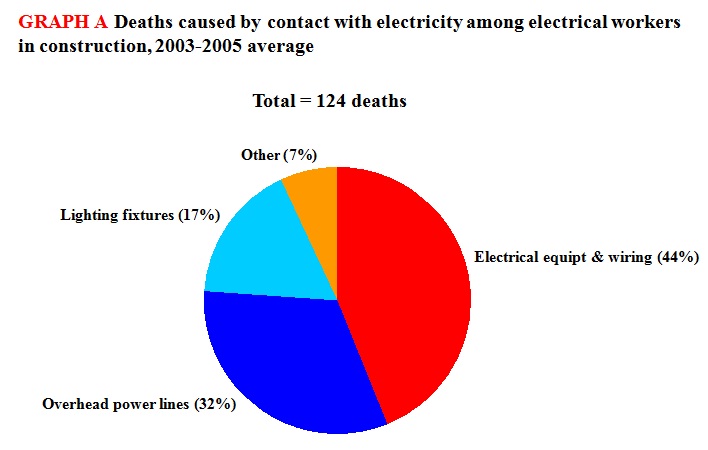 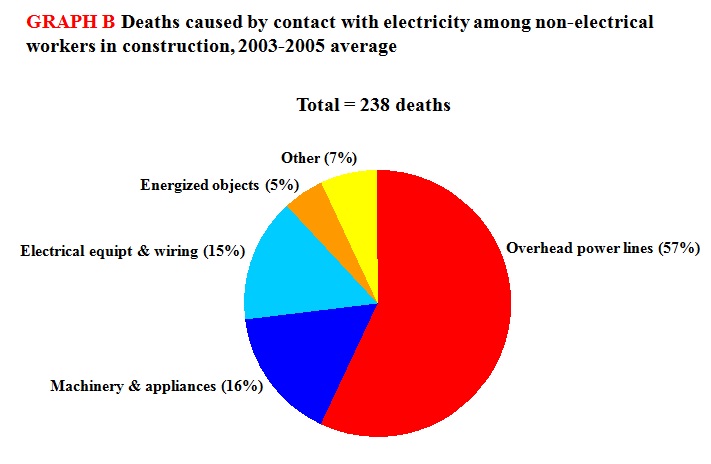 In a 2008 study conducted by Janicak, he found that the proportion of electrocutions is significantly higher for young workers, in the 16 to 19 years old age group, which the main attributal cause was frequent contact with overhead power lines.  In comparison, the causes for electrocutions in older workers were mainly attributed to contact with electrical wirings, transformers and other related equipments.

Janicak, Christopher, A. [2008].  "Occupational fatalities due to electrocutions in the construction industry."  Journal of Safety Research. 39:6 p.617.

An energized, or "live," conductor may not appear any different than a dead conductor.  For that reason, electrical hazards are usually not apparent.  Assessment of electrical contact hazards should be an integral part of the site safety planning process.  If someone contacts a source of electricity, the extent of injury depends on these factors:
To assess the exposure to potential electrical contacts and arc flashes, it is important to determine:

Here is an example of an electrical hazard checklist.

Under 29 CFR, Part 1926 in the Safety and Health Regulations for Construction, Subpart K of 29 CFR 1926.402 through 1926.408contain installation safety requirements for electrical equipment and installations used to provide electric power and light at the jobsite. These sections apply to both temporary and permanent installations used on the jobsite.  These OSHA standards originated from the National Fire Protection Association Standards NFPA 70 and 70E.
The NFPA 70, also known as the National Electrical Code (NEC), and the NFPA 70E, also known as the Electrical Safety Requirements for Employee Workplaces, comprehensively address electrical safety regulations. The purpose of the NEC is the practical safeguarding of persons and property from hazards arising from the use of electricity. The NEC contains provisions considered necessary for safety and applies to the installation of electric conductors and equipment within or on public or private buildings or other structures, including mobile homes, recreational vehicles, and floating buildings; and other premises such as yards; carnival, parking, and other lots; and industrial substations. The NEC serves as the basis for electrical building codes across the United States.
The NFPA 70E contains rules necessary for the practical safeguarding of persons during the installation, operation, or maintenance of electric supply and communication lines and associated equipment. These rules contain the basic provisions that are considered necessary for the safety of employees and the public under the specified conditions. Unlike the NFPA 70, the NFPA 70E contains work rules in addition to installation requirements.
For determining the danger zone of arc flash hazard conditions, the Institute of Electrical and Electronics Engineers (IEEE) Standard 1584, Guide for Performing Arc Flash Hazard Calculations, provides guidelines to calculate the hazards of arc flash for different pieces of equipment in various power systems.

In order to assess whether electrical safety programs are effective , here are some important elements that employers should keep into consideration to better reduce the risk of electrical contacts. The programs should:

Grounding mats, connected to a grounded object, can protect workers from electrocution by providing an equipotential zone.

BIM is a concept that offers software application to integrate building information for hazard identification and safety planning.