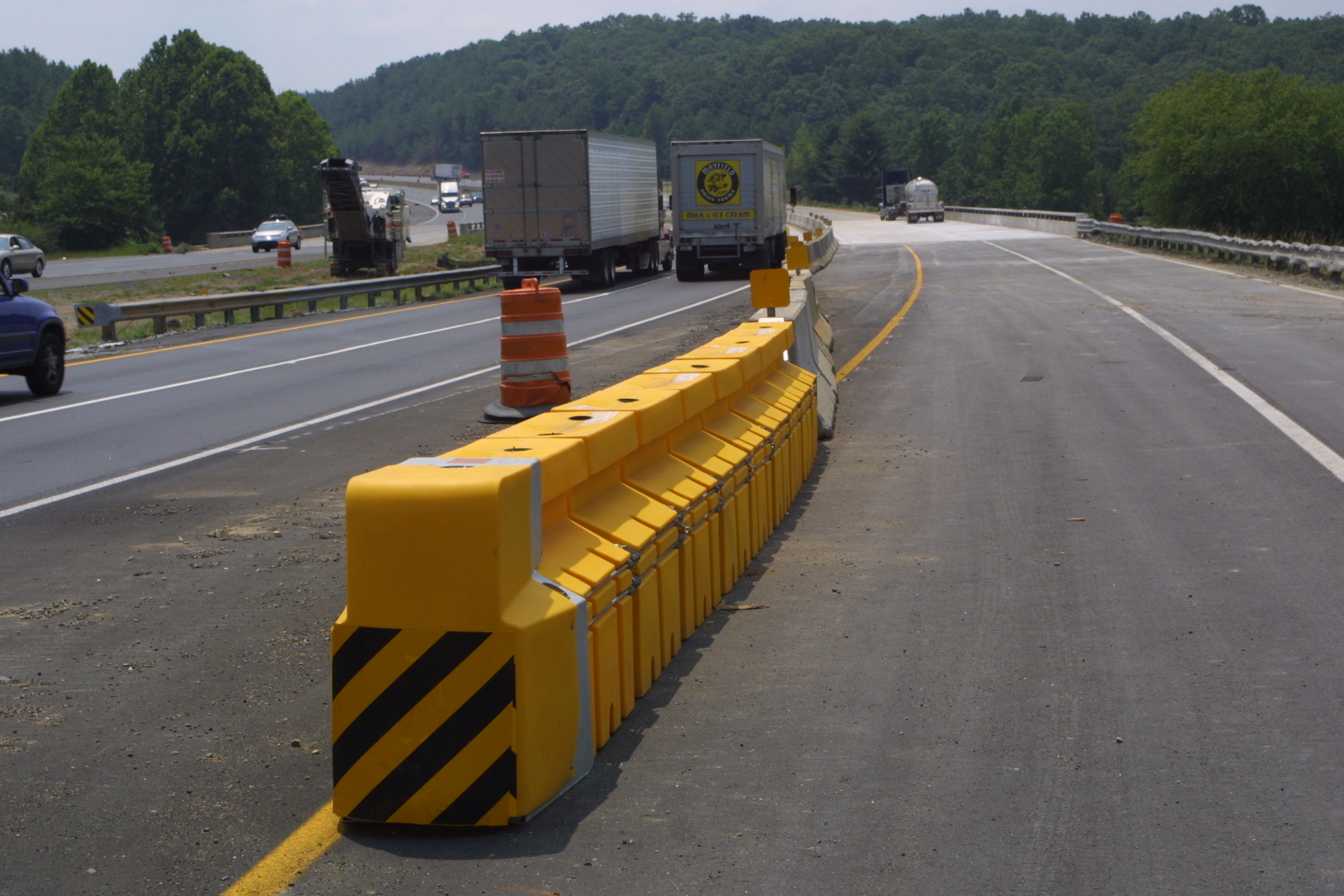 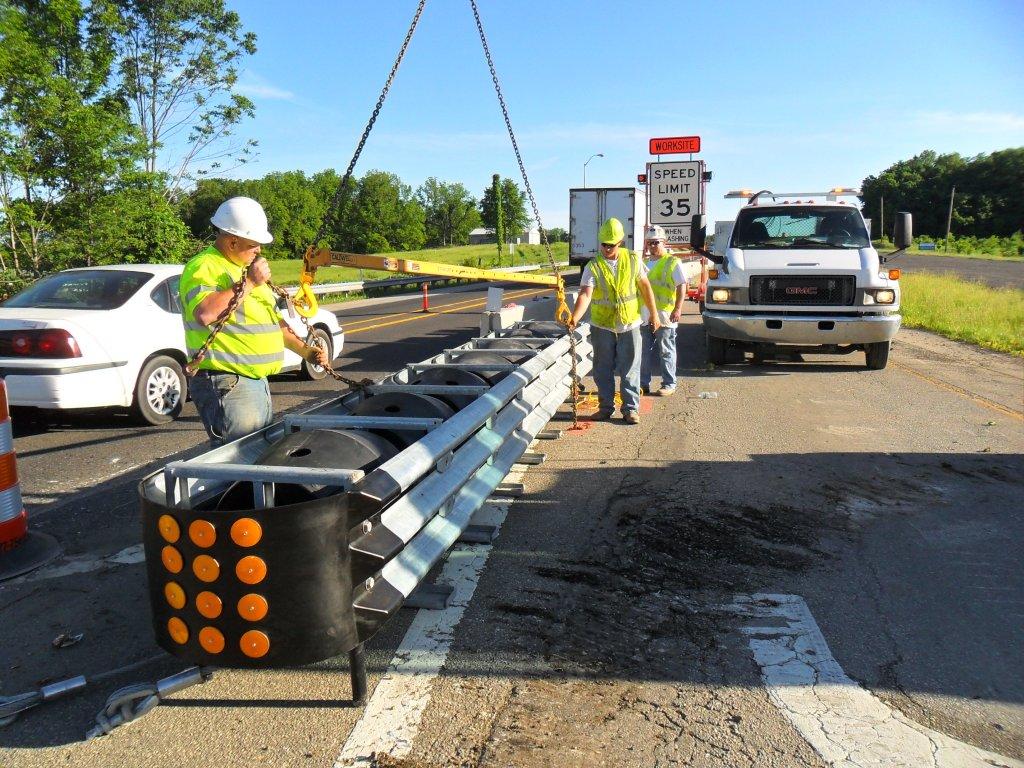 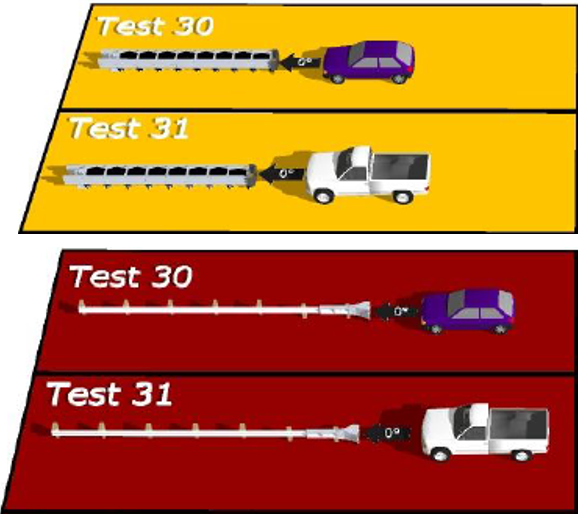 A common way to shield the ends of concrete barrier is to protect them with crash cushions. In general, all attenuators (including crash cushions) perform in two ways: 1) decrease the vehicle speed gradually in head-on accidents by using energy-absorbing materials and specific designs (Figure 2), and 2) redirect the vehicles away from roadsides or work zones (Figure 3). While both gating and non-gating models can be used in work zones, one should note that gating models require a much larger clear zone behind them.

Figure 3 – Redirective cushions can deflect vehicles back into the road in side impact accidents (http://www.barriersystemsinc.com/tau-ii-crash-cushion)