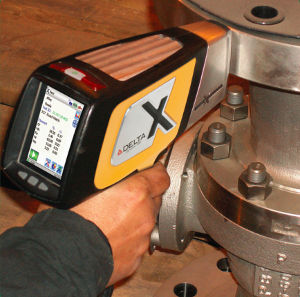 Hand-held XRF Analyzers provide real-time estimates of the concentration of lead and other metals in solid materials without the need for scraping, sample collection, or lab analysis.

Hand-held X-Ray Fluorescence (hXRF) guns are portable analytical tools that can measure metal concentrations in a variety of materials.  They are nondestructive, which means that users do not need to scrape or chip off samples for analysis.  The hXRF gun emits an x-ray beam which hits the material of interest and sends information back to the gun.  In a few seconds or minutes, a read-out will show the concentration of metals in the targeted material.  hXRF guns are useful hazard identification tools for workers who are sanding, scraping, grinding, or performing abrasive blasting and suspect that lead paint may be present.

hXRF guns work by directing x-ray beams into the material of interest, which excites the electrons in different molecules and ejects them from their orbit.  As other electrons fall in to replace them, they emit specific amounts of energy.  Each element has a unique energy “signature” during this process.  The hXRF gun measures the energy emitted and matches it with the correct element.
There are a large number of hXRF gun models available for a variety of uses, including occupational safety and health, food safety, metals processing, and waste management.  The type of hXRF gun you should use depends on how you plan to use it and what you are looking for.  The following models of hXRF guns are appropriate for lead identification in a commercial or industrial setting:
Bruker S1 Titan 600: 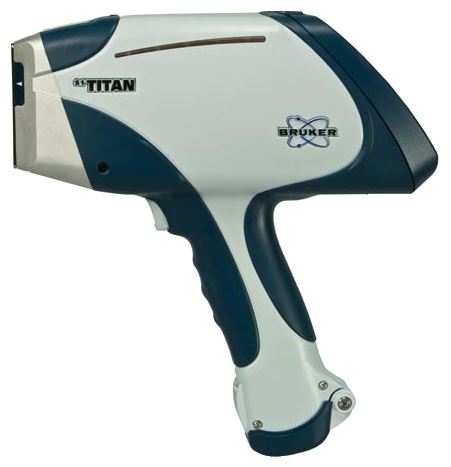 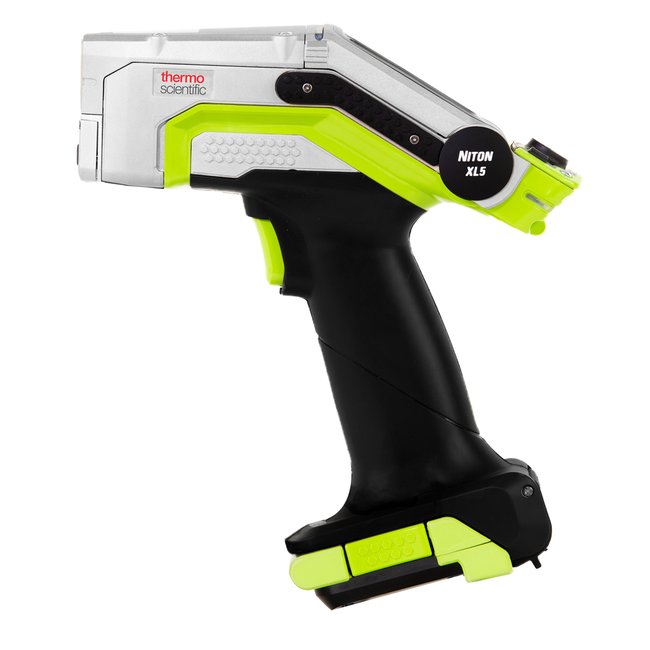 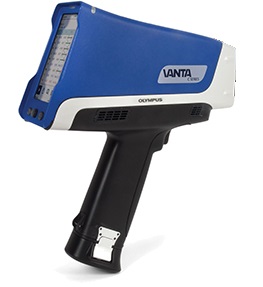 Exposure to lead can cause a variety of health problems.  Although it has systemic effects throughout the body, some of the most dangerous outcomes are neurological.  In adults, overexposure to lead can cause memory loss, headache, irritability, cognitive dysfunction, kidney damage, joint pain, and digestive issues.  Even low-level chronic exposure (blood lead levels as low as 5 μg/dL) can cause hypertension and increased risk of heart attack and stroke.  The International Agency for Research on Cancer (IARC) has described inorganic lead compounds as “probably carcinogenic to humans,” (WHO, 2006).  Lead can enter the body by inhalation, by mouth, or through skin contact.
Although lead is hazardous to people of all ages, it is especially dangerous to children and women who are or may become pregnant.  Lead’s neurological effects are most pronounced in children under 6, who absorb 4-5 times more lead than adults (WHO, 2017).  Relatively low levels in children can cause stomach pain, headaches, developmental delays, behavioral problems, and seizures.  Lead exposure in pregnant women has also been associated with miscarriage, stillbirth, and mental retardation.  Lead can cause infertility in both men and women.  Research indicates that children living in households where at least one parent is exposed to lead at work have blood lead levels about three times as high as children in the general population (Roscoe et al, 1999).  This is most likely due to workers unintentionally bringing home lead dust on their shoes and clothing.
Many activities in the construction industry have the potential to expose workers to high levels of lead.  The current OSHA PEL for lead in construction is 50 µg/m3, averaged over an 8-hour period.  OSHA also has an Action Level (AL) of 30 µg/m3, which triggers air monitoring, training, and medical surveillance requirements.  However, it is important to remember that there can be health effects even if workers are exposed to lead concentrations below the PEL or AL.  Some of the most dangerous activities likely to result in the highest airborne lead concentrations include welding, abrasive blasting, and scraping or sanding lead-based paint (OSHA Technical Manual, Chapter 3).

In order to know if there is a potential for lead exposure, workers must first know if the material they are working with contains lead.  Using a hXRF gun is a quick and accurate way to determine the lead content of the material you are going to be sanding, scraping, welding, or blasting.  Once workers know if lead is present, their employers can take steps to substitute a different material, use an engineering control like local exhaust ventilation or a water spray, or provide personal protective equipment that prevents lead exposure.

Traditional sampling for lead-based paint requires the removal of paint chips to be sent to a lab for analysis, which can take several weeks.  DIY lead swab kits are available, but they are imprecise, prone to false positives, may miss lead paint that has been covered by newer layers of lead-free paint, and can only be used on certain colors of paint.  hXRF guns provide real-time readings in minutes or seconds, ensuring that workers are aware of and protected from the hazards of lead inhalation or ingestion throughout the entire project lifecycle.

Using a hXRF gun gives the user nearly instantaneous readings, eliminating the need to wait for third-party sample analysis or pay lab fees.  There is a much lower risk of damaging the workpiece since there is no need to scrape or cut off samples.  This also reduces the risk of coming in contact with lead during the sampling process.  Although hXRF guns can be expensive to purchase and maintain, many manufacturers offer rentals.  You can also hire a certified person with their own unit to take measurements for you.

hXRF guns emit radiation and operators must have special training and permits.  This training is sometimes available through the manufacturer.  In some cases, state or federal certification is required when conducting lead hazard evaluations or inspections.  You should never hold the substance being analyzed in your hand or point the gun at other people or yourself.  Although hXRF is generally fairly accurate, some materials can interfere with readings, so it’s a good idea to confirm results by sending a small sample to an accredited lab for analysis.

The models listed above are appropriate for industrial and commercial applications, but are not certified by the US Department of Housing and Urban Development (HUD) for use in residential inspection.  hXRF units used for residential inspection and abatement purposes must have a Performance Characteristic Sheet.