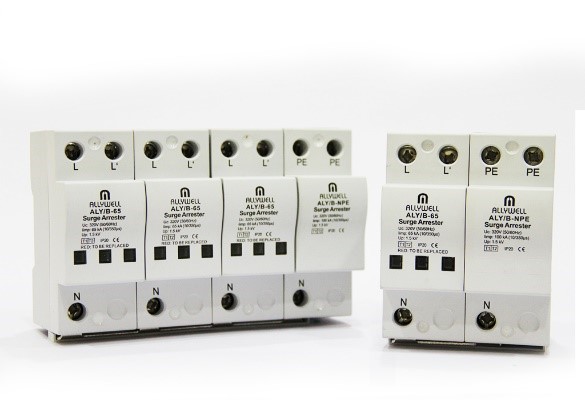 Surge protection devices (when installed properly on power distribution panels) could prevent damages to electrical devices due to unwanted voltages including those from lightning.

Surge protection devices can be considered as engineering controls due to their ability to prevent voltage spikes that can damage equipment and electrocute people. The Hierarchy of Control (HOC) is a well-known framework to evaluate the performance of safety solutions in Occupational Safety and Health (OSH) research (Wakefield et al. 2014). HOC consists of five levels of effectiveness: (1) Elimination, (2) Substitution, (3) Engineering Controls, (4) Administrative Controls, (5) Personal Protective Equipment; with elimination being the most effective. At the third level, engineering controls “use safeguarding technology to place a barrier to keep a hazard from reaching workers” (Zhao et al. 2015).

Without a surge protector, anything higher than 120 V can create component issues, such as permanent damage, reduced lifespan of internal devices, burned wires and other damages.

There are three types of SPD (The Surge Protection Device [SPD] 2013):

The Type 1 SPD is recommended in the specific case of service-sector and industrial buildings that are protected by a lightning protection system or a meshed cage. It protects electrical installations against direct lightning strikes and can discharge the back-current from lightning spreading from the earth conductor to a network of conductors. The Type 1 SPD is characterized by a 10/350 µs current wave.

These SPDs have a low discharge capacity. They must be installed as a supplement to Type 2 SPDs and in the vicinity of sensitive loads. The Type 3 SPD is characterized by a combination of voltage waves (1.2/50 μs) and current waves (8/20 μs).

The SPD not only protects the equipment against overvoltage, but also the people who will use the equipment affected by the transient overvoltage and those installations. The two main causes of this phenomenon are lightning and electrical switching.

The problems that can be caused by overvoltage vary, and the consequences can be classified in different levels. In addition to equipment damage, which can compromise software and data stored on computers, some other damages may compromise the insulation system of the wires and cause electrical shock to the users of the building.

The SPD is specially designed to protect sensitive electronic equipment from surges. There are some important specifications (definitions are provided by Wikipedia):