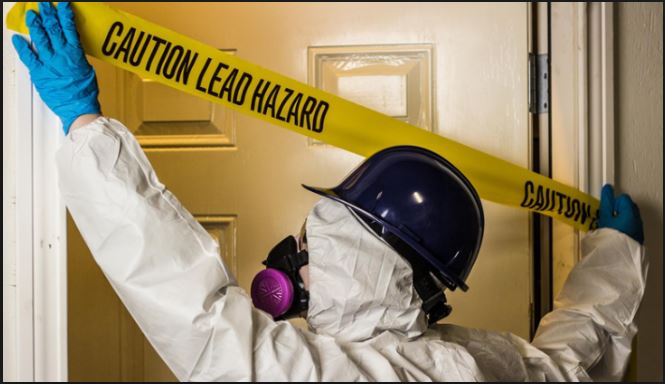 Lead encapsulating compounds can help prevent lead exposure by sealing the surface of lead-based paint and other coatings.

Lead encapsulation is a lead abatement method approved by the US Department of Housing and Urban Development (HUD).  It is most frequently used to cover and seal lead-based paint in good condition so that no paint chips are released into the environment.  It is a good option for projects where the full removal of lead-based paint is not practical, such as on the facades of historic buildings.  Lead encapsulating compounds (LECs) are available in a liquid or adhesive form, which can be reinforced with fabrics.

LECs are appropriate for sealing surfaces that are not frequently affected by friction or movement.  Before deciding on a lead abatement method, it is important to identify and examine the surfaces you want to abate.  LECs may be a good option for surfaces covered in lead-based paint that are not flaked, chipped, subject to friction or movement (such as a floor or doorjamb), or otherwise likely to deteriorate.  Encapsulants are not appropriate for accessible/mouthable edges that small children can bite.  Encapsulation may also include other forms of durable material that enclose lead-based paints such as vinyl tiles or sheets on floors, drywall (glued or permanently affixed), or other dust impermeable materials that permanently prevent access to the surface.
If LECs are right for your project, there are a variety to choose from.  Make sure you follow the manufacturer’s specifications carefully, especially in terms of recommended thickness (usually measured in mils, or thousandths of an inch) and cure time.
LBC Type III-Industrial Lead Encapsulant from Fiberlock Technologies 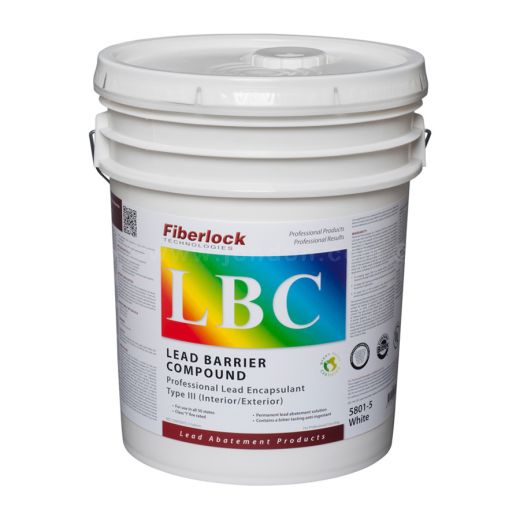 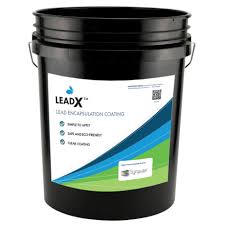 Exposure to lead can cause a variety of health problems.  Although it has systemic effects throughout the body, some of the most dangerous outcomes are neurological, affecting the brain, spine, and nerves.  In adults, overexposure to lead can cause memory loss, headache, irritability, cognitive dysfunction, kidney damage, joint pain, and digestive issues.  Even low-level chronic exposure (blood lead levels as low as 5 μg/dL) can cause hypertension and increased risk of heart attack and stroke.  The International Agency for Research on Cancer (IARC) has described inorganic lead compounds as “probably carcinogenic to humans,” (WHO, 2006).  Lead can enter the body by inhalation, by mouth, or through skin contact.
Although lead is hazardous to people of all ages, it is especially dangerous to children and women who are or may become pregnant.  Lead’s neurological effects are most pronounced in children under 6, who absorb 4-5 times more lead than adults (WHO, 2017).  Relatively low levels in children can cause stomach pain, headaches, developmental delays, behavioral problems, and seizures.  Lead exposure in pregnant women has also been associated with miscarriage, stillbirth, and mental retardation.  Lead can cause infertility in both men and women.  Research indicates that children living in households where at least one parent is exposed to lead at work have blood lead levels about three times as high as children in the general population (Roscoe et al, 1999).  This is most likely due to workers unintentionally bringing lead dust home on their shoes and clothing.
Many activities in the construction industry have the potential to expose workers to high levels of lead.  The current OSHA PEL for lead in construction is 50 µg/m3, averaged over an 8-hour period.  OSHA also has an Action Level (AL) of 30 µg/m3, which triggers air monitoring, training, and medical surveillance requirements.  However, it is important to remember that there can be health effects even if workers are exposed to lead concentrations below the PEL or AL.  Some of the most dangerous activities likely to result in the highest airborne lead concentrations include welding, abrasive blasting, use of a high-temperature heat gun (1100° F or above) to soften or blister lead-based paint, and scraping or sanding lead-based paint (OSHA Technical Manual, Chapter 3).

Lead encapsulating compound (LEC) is painted, rolled, or sprayed over lead-based paint.  Once it dries and is allowed to cure, it creates a barrier that prevents residents from coming into contact with the lead paint underneath.  When applied correctly and inspected regularly, some LEC products can last up to 20 years indoors.

The first step in a lead abatement plan is to select the most appropriate abatement method.  LECs can be used for surfaces coated in lead-based paint that is in good condition.  Metal surfaces that are prone to rust are not ideal, but if encapsulation is the only choice, a rust-inhibiting primer can be applied underneath the LEC.
Surfaces should also be free from water damage and have a low likelihood of future water damage.  If the paint you want to encapsulate is flaking, peeling, deteriorated, or glossy, you will need to prepare the surface by wet sanding or wet scraping.  Never dry sand lead-based paint.  Thoroughly clean and rinse the surface so it is free from dust, oil, soap, and mildew.

There are two rules set forth by the Environmental Protection Agency (EPA) for work that may cause lead exposure.  The first is the Lead Renovation, Repair and Painting Rule, which governs projects where the primary goal is renovation.  When the primary goal is simply lead abatement, the project is covered by the Lead Abatement Rule.  This document focuses on the requirements of LEC use in the Lead Abatement Rule.
Since LECs isolate workers and residents from lead but do not eliminate it, recordkeeping is especially important for any future renovation, abatement, or demolition work. Make sure to document every step of the process and follow the local regulations of your city and state, especially if they are more stringent than federal regulations.  These regulations may include training requirements.  For more detailed instructions on the use and maintenance of LECs, please visit https://www.hud.gov/sites/documents/LBPH-15.PDF